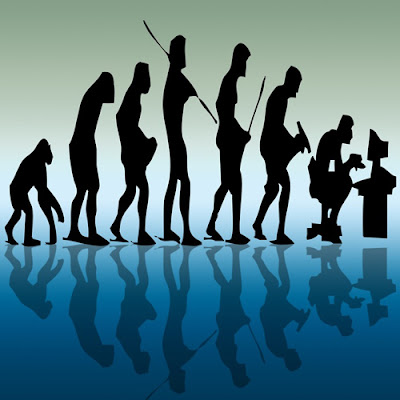 Transformation is more than just changing form. Mere changing of biology or psychology is not necessarily transformative. You can de-form something – changing an object’s natural form – but this does not bring that object to their next level of development.

To transform means to sequentially increase the complexity levels of, say, an object, in a unidirectional way. For example, matter transforms from atoms to molecules to cells to organisms in a unidirectional way. Cells never regress to become molecules again. But cells contain molecules, which contain atoms, and cells themselves are contained by the organism. Genuine transformation means the evolution of matter, biology, psychology and consciousness in general, in an enfolding (transcend and include) way, each time to a higher level of complexity, or if you will, depth.

A common mistake is to confuse the pre- and trans- of a developing object. “Let’s go back to be innocent like children or animals” or “Let’s return to the good old ways of living, when we rode horses and didn’t pollute the air with cars”. A two-year old child is pre-conscious. At this age, the child hasn’t yet developed a sense of self, let alone adopted mature moral values. He or she hasn’t yet learned conventions or learned to use reasoning for problem solving. You must first go through a rational stage of development, in order to access trans-rational information. You must first learn and enact social conventions before you question them, and become post- or trans-conventional. Just because a person isn’t at the conventional stage of moral development doesn’t make them post-conventional. The word ‘unconventional’ is greatly misleading in that it doesn’t tell you where in their evolution a person’s ethics are: the pre-conventional, self-absorbed stage of a child, or the post-conventional stage of someone who has transcended (and included!) social norms, rules and conventions. Returning to childhood consciousness is a regression, just as returning to an agrarian society is a regression from an industrial, or informational society. Regression, or stagnation makes an adult or a society childish, or immature, not to be confounded with a child-like healthy playfulness and curiosity.

Psychological development occurs with the ability and willingness to take on more and more perspectives, from the self-absorbed, egocentric “I”, to an ethno-centric or socio-centric “we” (which is necessarily embracing a “you”), to a world-centric “all of us”. The transformation occurs with the sustained practice of putting yourself in other people’s shoes. The more perspectives you take, the more depth your psyche has. This is not mere theory, but it’s the theory of a life practice that fuels the motives behind your actions. How many perspectives you are able and willing to take today dictates how many people, or sentient beings, you will care for through your actions today.

Remember, transformation is “transcend and include” – so caring for others more, doesn’t mean caring less for yourself. It’s adding more, not reducing. You care for yourself, and for more than your self.
Posted by Tana Saler at 12:37 PM