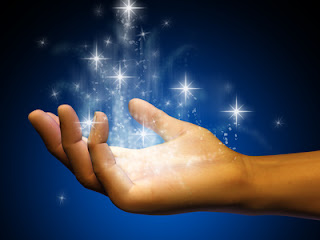 It caught like wild fire in the world, and it’s still spreading. In just a few decades, this particular type of energy balancing has become the number one healing art in the West.

The fast-paced, goal-oriented lifestyle of Westerners has shaped the way Eastern practices have been integrated in everyday life of popular culture. Spiritual practices have been adapted to fit busy schedules and adjusted to bring maximum results in minimum time and effort. Yoga has found its way in fitness centers; completely stripped of its contemplative side, and of its awareness of Prana, or energy, a flatland version of yoga has turned into the fitness of biology, completely ignoring the deeper aspects of the human being. That which in India means “Unity”, seeking to integrate body, mind and spirit in one harmonious posture, in the West became YogaFit: an intense one-hour of repetitive postures of the bodies, where minds are blasted with high-power music, and breath is rarely mentioned.

The Western flatlanders borrowed psycho-active plants, traditionally ingested under the supervision of experienced shamans with the intention of finding answers from within the depths of one’s psyche,  and turned those plants into hollow entertainment. Deprived of the deeper meaning to existence that traditional wisdom offers, the modern human is hungry for more than what the identification with the gross body can offer. Unaware of an inner light that creates, heals, inspires and guides one’s soul, mind and body, the meaning-deprived human desperately seeks external sources of distraction and gratification. And they better act fast, too.

So when Reiki arrived to North American land, it offered something new: a transmission of inner light that took no more than two days of training. In just one short weekend, an individual would access their inner light for their own well-being, as well as for sharing it with others. With no need for props or substances, the Reiki student would be now enabled to access an inner light so new to the modern mind, so glowing, healing and transforming, that it enchanted their soul and captivated their heart.

Reiki – meaning Spiritually Guided Life Force Energy – is taught in the same spirit as the Buddhist transmission ceremonies: a master transmits spiritual Presence to the student, enabling the student to experience expanded states of consciousness, which are useful in the process of awakening and self-realization. The ultimate goal of Japanese Buddhist practice is attaining Satori – enlightenment-, which is the realization of the true nature of Being. In the process of Reiki transmission, known as attunement, the Reiki Teaching Master attunes the student’s energy to the vibrations of this healing energy, opening the student’s Kundalini chakras, and activating the energy centers in their hands.

The Reiki attunement, often referred to as empowerment, has lasting effects in the student’s energy field, opening channels of creativity and intuition, often activating the student’s impulse to evolve. States of consciousness are glimpses into stages; often, the Reiki student experiences such peak states, that they then embark on a spiritual quest of turning those blissful glimpses into permanent stages of being. From aimless living and suffering, the Reiki student is often graced with the most valuable gift imaginable for humans: a life that has meaning and purpose.

This is my own personal story, which began when two days of Reiki transformed me beyond recognition, to the wonder of those who knew me well. And this is the story of many others I know, and I know of, and it is easy to understand why the Reiki healing art has conquered the world, and still continues to do so.
Posted by Tana Saler at 7:38 PM