People Objectification - What it is, and how to stop it

Being seen and cared for in our identity as a separate human being, regardless of the roles we fulfill in the world, is one of the basic needs of humanity, which, when denied through objectification, is deeply painful and alienating.

To objectify another person is to see them as an extension of the self, as an instrument for the fulfillment of our needs, and not as an identity separate from our own self. It is to look at a man or a woman and ask yourself: ‘What can she or he do for me, or give me, that I need or want?’

Let’s explore some of the ways that we look at each other as objects:

·        Sexual object: You objectify a woman or a man sexually when you look at her or him, and see them as the potential for sexual gratification she or he may grant you. Sexual objectification tends to identify self and other with the body alone, failing to see beyond looks, and into a person’s character, feelings, values, desires, hopes and world views. It’s literally looking at another and seeing them as a piece of meat.

·        Self-image enhancer: The eye-candy, the trophy wife, the highly positioned friends whose names we like to drop in order to look good in the eyes of others. When I was in high-school, I dated a man who was studying the arts in university, played the guitar in a community band, was older than me, and looked ‘cool’ with his artsy, bearded allure. I remember asking him to pick me up after school, so my girlfriends could see him. I was oblivious of his interiors, and all I cared was that he made me look good. 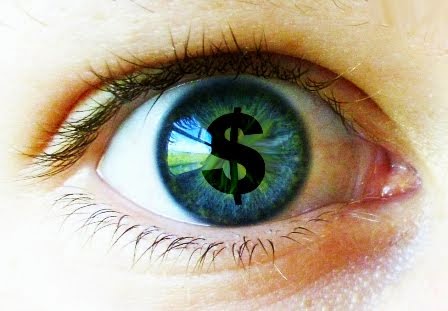 ·        Material provider: What can this person do for me financially or materially? I was at a home party with a women’s group, when a single woman related how she insisted on meeting men for a first date over dinner, so they would pay for her and thus, reduce her monthly grocery bills.

·        Business contacts and referrals: Networking is like shopping for people as objects, where individuals meet and often feign interest in each other as human beings, with the ulterior self-serving motive of gaining a lead, referral or business from them.

Emotional garbage disposal: How many times somebody who had a bad day – or maybe a bad life – vents and rants about their problems to you until you’re drained? In extreme cases, the other projects their emotional toxicity on you in physically, verbally and emotionally abusive ways, making you their punch bag.

·        ‘Fill in the blank’: Whenever we’re looking at another human (by the way, we do this to animals to a cruelly and destructively great extent) asking ourselves: ‘What’s in it for me?’, we’re objectifying the person, whether the advantage we seek is material, social, emotional or spiritual.

"The measure of one’s character is how we treat others who can do nothing for us."

How to stop objectification?

Here are a few tips:

1.      Inquiry. A male friend once said that whenever he catches himself objectifying women sexually, he tries to imagine them either as little girls or old women. Asking relevant, caring questions about the other’s humanity – feelings, emotions, opinions, habits, preferences, etc helps you see them as a separate individual, and actually care about them.

2.      Practice empathy: try to see things from the other’s perspective, figuratively speaking putting yourself in their shoes, which will help you see beyond the roles they play in your life.

3.      Imagine their roles in other people’s lives: look at the person in front of you, and see them as someone else’s mother, brother, lover, daughter - any role in which there is nothing in for you!

4.      Stop being objectified: Whenever someone looks at you and sees you as their jackpot, use reverse inquiry. Try asking them: ‘How do you think that I’m feeling right now?’, or ‘What does it look to you that is going on with me?’; this will encourage the other to place their attention on you as a separate human being, and beyond what you can do to fulfill their needs and wants.
Posted by Tana Saler at 12:38 PM