Shining Light on Darkness: How to Identify Shadow Elements of the Psyche 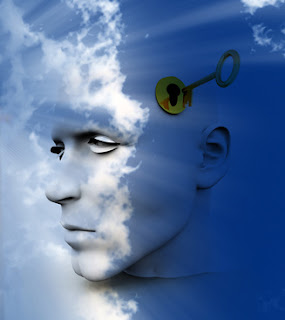 Traits, qualities, emotions, urges, impulses, and other aspects of the psyche are disowned when they are too much for the self to take in, process, or accept. Most of the repressing and suppressing takes place during childhood, when the child is too small, vulnerable, and unprepared to deal with the intensity of emotions or events it faces. In face of trauma, or any event that the child registered as traumatic (regardless of an objective gravity of events, since the psyche’s interpretation of events is entirely subjective) – the mind defends itself by encapsulating the memory or record of the occasion, and storing it below the radar of conscious mind. The self still has that trait, memory, quality, emotion etc, but it doesn’t know that it has it. The split-off part of the psyche gets a life of its own, outside of the cognition and the volition of the self.


And the self still is that, but now it doesn’t know it. Even the most aware, well-read, disciplined meditator will find it difficult to identify the Shadow parts in order to integrate them: you just don’t know what you don’t know; the self may have an emotional difficulty in accepting that they are that, which is why it disowned that to begin with; and this is something that self-inquiry simply won’t reveal.


So it takes some creativity and skill to zero in on the Shadow elements, and re-own them, but it can be done. Here are some clues that can help with identifying shadow elements. It is good to remember that these are voices of the mind, or parts of the ego; and ego in itself is not something bad, in spite of the reputation it received; a healthy ego, meaning a healthy sense of self, with clear boundaries, is important and necessary for fully functional living as a human being; and the human being must build and integrate a healthy ego before he or she transcends (and includes) it. In this light, no parts of the self are “bad”, and there is value in each trait, quality, emotion, impulse, urge etc. These parts “go bad” when they “go dark”, inside the Shadow.


To illustrate with an example, think of the critical mind: the inner Critic is that faculty of the mind that helps the self discern good from bad and right from wrong, rank value, make healthy and wholesome choices and so forth. The Critic places the ripe tomatoes in the shopping cart, instead of the green ones; and the Critic chooses kind, intelligent and reliable people for your friends, keeping the others away; the Critic corrects your letters before you send them and reviews your performance, pointing areas of growth, and hires your staff, and elects your leaders (hopefully.) There is absolutely nothing wrong with the Critic, unless it is disowned, and becomes Dark. Inside the Shadow, the Critic becomes destructive, deconstructing the self and others’ ideas and choices not for betterment, but in a dark, spiteful, or resentful way. Repressed, the Critic turns against the self, and becomes the harsh, self-destructive voice that can literally destroy the self. And the Critic stays that way until the moment when the self re-owns and integrates it. The difference is between the conscious Critic: valuable and useful, showing up when and as appropriate; and kindly, and between the unconscious Critic: dark, shadowy, destructive. The same is true with the Controller, the Protector, the Child, the Victim, the Skeptic and all the other voices of the mind, as well as with emotions, sexuality, and all impulses and urges.


So let us look at a few ways to identify Shadow elements: