Why Israel - What made me decide to leave Romania and move to a small, hot country at war

I am not sure whether I am a Zionist or not. But I am definitely a toffee lover. Let me explain from the beginning. 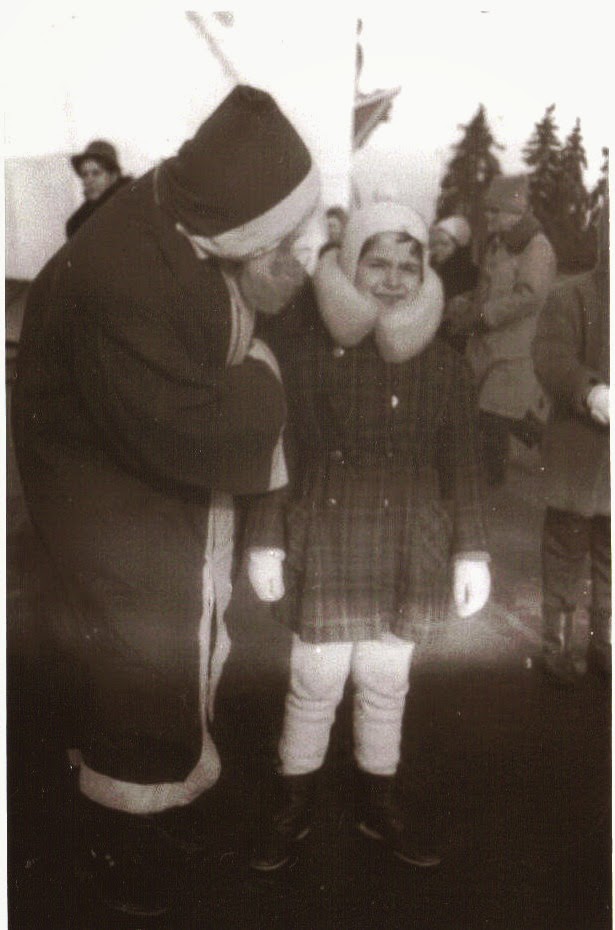 When I hear stories of what happened to Jews in Romania before and during World War II, how my grandfather and uncles were killed by the local Nazis, together with many others, I realize it’s a miracle that I was born at all, and that there was anyone left alive to conceive me. And yet, somehow, a young, very beautiful Jewish woman fell in love with a handsome Jewish man to whom she was introduced by friends; she married him, and four years later I popped out. And I’m still kicking.

Millions of men and women died because of being the wrong nation, religion or sexual preference; and so when the war ended, Romania build a communist state based on the idea of equality, which, in some cases, meant identification with the majority and renouncing the old, trouble-making identities such as being Jewish. Religion was deemed to be the ‘opiate of the people’, and frowned upon; and while the majority of Romanian Christians still celebrated Christmas, Santa Claus became ‘Father Frost’ and the Christmas Tree became ‘Winter Tree’. And to make sure that I grew up integrated, and not feeling different from the majority of children, my parents made sure I had a Winter Tree gleaming with fine, sparkly glass decorations and chocolate-coated orange fondant candies. I never knew, or inquired into what that tree meant, or why it was decorated exactly on December the 24th of every year; but I liked its lights and fragrance, and the fact that I got to keep it until my birthday in January.

I must have been eight or nine when my childhood friend, Daniela, took me aside and delivered a piece of information with a grave voice: “Did you know that you are Jewish?”

It sounded like: “Did you know that you suffer from a terrible, embarrassing disease?”

I panicked and asked: “What’s that, Jewish?”

Daniela was only a few months older than me, but better informed since her parents’ philosophy was to include her in all adult conversation, while mine lived by: “Not in front of the child!”. She stood tall and said: “It’s a people.”

I was confused. “What do you mean, a people? The Italian people live in Italy. The French live in France. The Germans, in Germany. Where do the Jewish people live?”

We were standing on the patch of grass behind the four-story building where we both lived, each at a separate entrance, in Drumul Taberei, one of Bucharest’s neighbourhoods. Daniela stood facing me, and obliged with a brief biography of the Jewish people and the newly established state of Israel. I was clarified but still shocked at the idea that I was, somehow, different than the rest of the world, and I was not sure whether that was a good thing. My hands grew cold. I asked hopefully: “And you?”

“Me too” she said, to my relief. I wasn’t alone in this, whatever this meant.

I ran upstairs, four flights of stairs in one breath, and burst into the kitchen to ask: “Mom, Dad, is it true what Daniela sais, that I am Jewish?” – hoping to hear that my friend’s wild imagination is making her a liar, and that I’m still the same as every other kid on the block.

Bunica, my maternal grandmother, who was visiting, replied: “Yes, it is true, and you should be proud of it!” To which my father quickly added: “And never breathe a word to anyone about it, because people don’t love us.” I don’t know about your family, but in mine, fears are not transmitted genetically: they run from generation to generation through stories. Maybe that’s why I never had children, in order to end this river of fear, oppression and victimization right here, with my generation.

From that day,  I started lying about my Jewish Ashkenazi last name, and told everyone that I was German.
With the raise of communism in Romania, any kind of racism and bigotry, including anti-Semitism, became illegal. It didn’t eradicate it, but rendered it quiet, to whispers and private comments. Romania has several minorities: Germans and Hungarian, from the times of the Austro-Hungarian Empire; Turks and Tatars from the times of the Ottoman Empire; Romas – the gypsies, and Jews, with whom Ceausescu’s regime was, for some reason, highly uncomfortable. Every official discourse mentioned equality and fraternity for all, and Ceausescu listed them: Romanians, Germans, Hungarians, and other nationalities. I got used to be part of: “and others”.

I was born and grew up at a time when my life was never in danger for being Jewish, and I shared the same holidays, food and customs with everyone around me, Winter Tree and all. I also shared chewing gum with other kids – a rare treat for us that was generously distributed among the kids from mouth to mouth, originating with the mouth of the lucky kid du jour who would have a piece of gum to begin with.

We’d also buy fifty grams of bulk hard candy in tiny brown bags, and share them too; or a paper cornet filled with roasted sunflower seeds, sold by an old Roma woman for 25 bani (cents); and if we didn’t have a quarter on us, we’d scavenge the ground for any seeds that another child may have dropped. I didn’t think I was poor, not when I heard my mother’s stories of famine, scarce slices of polenta instead of bread in her childhood diet, and hand-me-down clothes from siblings to siblings. My reality was what it was, and I knew nothing else. The Iron Curtain was thick enough that news of prosperity and abundance would never reach Romanians, to teach them about other possibilities besides shared chewed gum and scavenged seeds.

No information from the First World reached and affected us, with the exception of those of us who were a minority: German, Hungarian, and others. We, minorities, had relatives beyond the Iron Curtain, and my family didn’t stray from this rule. My mother’s surviving sisters and brothers had moved to Israel, and they returned to visit Romania every summer for their holiday, bringing bags full of goodies for us, children. Their suitcases were fragrant from the toffees, chocolates, candies and chewing gum that filled them, and we were waiting in line like puppies for the treats, to receive each our treasure, a transparent, rustling, aromatic baggie with the most incredible colorful goodies a Romanian child could imagine.

With the goodies came photos of aunts, uncles and cousins, all smiling in colourful clothing and sandals on a sandy beach, or in front of cubic buildings lined with exotic palm trees, sporting sunglasses and looking all very warm. As I was growing up, the scarcity became starker, with power shortages, long winter hours without home heating or hot water, walking on black ice in the ill-lighted city, feeling cold, fearful of slipping. Avid consumers of culture, men and women would keep their coats on inside the live theatre or cinema house; and I remember a particularly cold winter when we students went to university classes with blankets over our coats, taking notes with the gloves on. The heating unit had exploded: where hot water was supposed to run, water had frozen and blown the radiator up.

There was one constant source of warmth for me: the thought that when I grew up, I’d move to the warm, sunny place where all the toffee came from. I’d close my eyes and imagine walking down a sunset boulevard leading to the sea, lined with tall palm trees like the ones from the family photographs; and I’d be wearing a flowing sundress which would blow in the warm, salty seaside breeze. That was my Israel, my own personal Promised Land, sweet and salty, well-lit and hot, which, I must say, it is very much so.